This article was originally published on Aug 3 6:31pm EDT by THE CITY

Mayor Eric Adams is blaming sudden sharp cuts in Staten Island Ferry service on crews failing to show up for work — while the union representing workers now approaching their 12th year without a contract says captains are getting wrongly blamed.

On Wednesday afternoon the city Department of Transportation announced evening rush hour service out of Whitehall Street in Manhattan to St. George would run hourly instead of every 15 minutes. That followed a two-week service reduction last month, which the city said was due to a spike in COVID cases among ferry crew members.

Adams said in a statement that the cuts came after “a significant share of our Staten Island Ferry workforce did not report to work today, and that an improvisational route would run Thursday and Friday between the Battery Maritime Building and St. George on the privately operated, non-union NYC Ferry. City Hall did not provide any numbers or other details when asked by THE CITY.

But the union representing the system’s roughly 100 captains, assistant captains and mates say the mayor is wrongly blaming them for the main reason boats are grounded: Nearly one in five members of the ferry system’s on-board crew has left or retired in the last two years alone, they say, with few replaced, as workers try to survive on a contract they have been bound to even though it expired in 2010.

Invoking a national mariner labor shortage as well as the ongoing labor dispute, Adams in his statement implied that the crews were calling out sick in protest: “We are saying to the workers who did not come in today: If you are not sick, New Yorkers need you to come to work.”

Asked by a reporter for THE CITY at a press conference at the Whitehall ferry terminal about why he suspected the absences were related to any union action, the mayor said: “I don’t have an answer to that.”

Marine Engineers’ Beneficial Association Secretary-Treasurer Roland Rexha vehemently denied that workers were engaging in any work stoppages. “The union has no knowledge of any deliberate disruptions of service nor would we endorse any action to slow down this essential service for our beloved Staten Islanders,” Rexha said.

Last month, the Adams administration said COVID spikes explained why DOT had to shave back rush hour service to three boats an hour from the usual four — a claim Rexha publicly disputed at the time.

“The only thing “sick” is OLR’s refusal to offer a contract that reflects the highly-skilled and essential work of the ferry officers and mariners,” he said in a statement Wednesday, referencing the city Office of Labor Relations, which handles contract negotiations between City Hall and municipal workers.

The ongoing bargaining disputes go back to the administration of former Mayor Michael Bloomberg. Workers received their last raise in 2009 before their contract expired the following year, and have been operating under the lapsed deal ever since.

That has spelled an attrition crisis for the Department of Transportation, which employs ferry workers. The agency pays the Staten Island Ferry’s captains, the fleet’s highest-ranking employees, about $20,000 less per year than the state average for water transportation workers, according to Bureau of Labor Statistics.

In the past two years, Rexha said, more than 20 workers have either retired or left the department to work in the private sector, where they can earn significantly more, or the Fire Department, where captains can retire with a pension of half their salary after 20 years, while captains’ salaries are capped under the lapsed deal at $70,000 a year while salaries for mates — the lowest rung — top out at $57,875.

“We’re short more than 20 people right now,” Rexha said in a phone interview with THE CITY on Tuesday. “We can’t retain and recruit people under these conditions. We had our last raise in 2010, going on 12 years now. There’s more urgency now than ever – It’s only going to get worse.”

Many mariners are college-educated, with at least eight years of schooling and training under their belt before qualifying for the required licensing exams.

“The best way to resolve those issues is just to resolve the contract, and paying people competitive wages and benefits will only help to recruit and retain the workers that are needed to operate the ferry on a regular basis,” said Vincent Alvarez, president of the New York City Central Labor Council.

The labor impasse has also impacted promised innovations for the ferry system.

In December, the Chief-Leader reported that a $103 million state-of-the-art vessel designed to support evacuation efforts in the event of catastrophes has been sitting idle in Staten Island because the city DOT has yet to train workers to operate the more sophisticated ship.

On September 11, 2001, sea captains carried out the largest water evacuation in history, with Staten Island Ferry crews among them.

Public sector workers in New York, under the state’s Taylor Law of 1967, are prohibited from striking or engaging in any work stoppages to force management back to the bargaining table.

The law also refers all bargaining disputes and claims of unfair labor practices to the State Employee Relations Board, rather than the federal National Labor Relations Board. A 1982 amendment to the law allows for an expired contract for public employees to remain in effect until a new one is settled.

It is not unheard of for public sector workers to work for several years under an expired contract, but it is highly unusual for a contract dispute to go on for more than a decade, according to labor historians who spoke with THE CITY.

“This is definitely an outlier,” said Joshua Freeman, emeritus professor of history at Queens College and author of the book “Working Class New York.”

In the final years of the Bloomberg administration, 300,000 municipal workers represented by District Council 37 worked under an expired contract until then Mayor Bill de Blasio settled the matter in July of 2014, seven months into his term. But de Blasio never got around to signing a contract with the ferry workers. 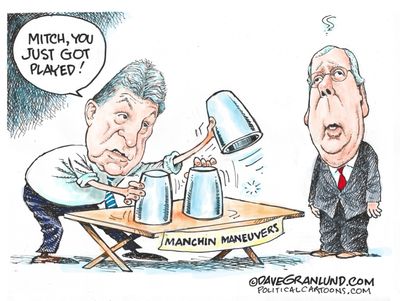