“For too long, our government, our courts haven’t looked like America,” Biden said. “I believe it’s time that we have a court that reflects the full talents and greatness of our nation with a nominee of  qualifications, and that will inspire all young people to believe that they can one day serve their country at the highest level.”

If confirmed by the Senate, Jackson, 51, will be the first Black woman and first former federal public defender to serve on the court. Born in Washington, D.C., she grew up in Miami. She currently serves on the U.S. Court of Appeals for the D.C. Circuit.

She would replace Justice Stephen Breyer, who is retiring this summer. Jackson clerked for Breyer after earning her law degree from Harvard University in 1999.

In her remarks, Jackson began by thanking God and the many blessings that she said she’s had along the way.  “I do know that one can only come this far, by faith,” she said.

“Justice Breyer, in particular, not only gave me the greatest job that any young lawyer could ever hope to have, but he also exemplified every day in every way that a Supreme Court justice can perform at the highest level of skill and integrity, while also being guided by civility, grace, pragmatism and generosity of spirit,” Jackson said at the White House.

Her husband, Patrick, and one of her daughters, Leila, attended the White House’s announcement. She told her daughters that no matter what job she had, she would always first be their mom.

“Talia and Leila, you are the light of my life,” she said.

Her confirmation would not shift the court’s ideological 6-3 makeup favoring conservatives. But it represents a historic choice by Biden, who vowed during his presidential campaign he would place a Black woman on the high court.

“I can only hope that my life and career, my love of this country and the Constitution, and my commitment to upholding the rule of law and the sacred principles upon which this great nation was founded, will inspire future generations of Americans,” Jackson said.

“I congratulate Judge Ketanji Brown Jackson on her historic nomination to the Supreme Court,” Ossoff said in a statement. “I look forward to meeting with Judge Jackson soon and seeing her before the Senate Judiciary Committee, where I will perform my Constitutional duties of advice and consent with diligence and care.”

While Senate Democrats and progressive groups immediately praised Biden for the nomination, there were signs that the confirmation process in the polarized Senate could be rocky. Biden said that he is confident the Senate can confirm Jackson on a bipartisan vote, as they have done in the past, for her current position.

“Her opinions are always carefully reasoned, tethered to precedent, and demonstrate respect for how the law impacts everyday people,” Biden said. “She cares about making sure that our democracy works for the American people.”

Some Senate Republicans, including Minority Leader Mitch McConnell and Judiciary Committee member Marsha Blackburn of Tennessee, in statements Friday sought to tie Jackson to what they characterized as “far-left” or “radical progressive left” interests.

McConnell released a statement shortly before Biden announced her nomination, trying to tie Jackson to a liberal organization, Demand Justice, that seeks court reform. He argued that Demand Justice has lobbied to get Jackson nominated to the Supreme Court.

In an evenly divided Senate, Democrats will need all 50 senators to confirm Jackson to the court. If all Republicans vote against her, then Vice President Kamala Harris would cast the tiebreaker vote. While New Mexico Sen. Ben Ray Luján has been absent recovering from a stroke, he is expected to return in time for the floor vote.

A court that ‘reflects the nation’

Senate Majority Leader Chuck Schumer, a New York Democrat, said in a statement that Jackson’s nomination would ensure that “the Supreme Court reflects the nation as a whole.”

“I have no doubt that Judge Jackson would make an outstanding Supreme Court Justice,” Schumer said. “Judge Ketanji Brown Jackson has been confirmed by the United States Senate on a bipartisan basis three times and I expect she will again earn bipartisan support in the Senate.”

Schumer said that the chair of the Senate Judiciary Committee, Sen. Dick Durbin, an Illinois Democrat, would work to quickly set up a confirmation hearing.

In his own statement, Durbin called Jackson “an extraordinary nominee” and pledged to begin moving forward with her nomination immediately.

Sen. Chuck Grassley, the top Republican on the Senate Judiciary Committee, said in a statement that he looked forward to a comprehensive look at Jackson’s record, and that it’s important for any nominee to have an “unwavering commitment to the Constitution — including its limitations on the power of the courts.”

“A justice must also be an unfailing defender of the institution of the court, as Justice Breyer has been,” he said. “I’ll make my determination based on the experience, qualifications, temperament and judicial philosophy of the nominee.”

“Judge Jackson’s nomination to the Supreme Court is historic,” Klobuchar said. “Qualified & fair-minded, I was proud to support her for other positions. Look forward to working on her confirmation with Democratic & Republican colleagues.”

It’s unclear how many Senate Republicans will vote for Jackson.

Blackburn said in a statement that Biden’s announcement was inappropriate given Russia’s recent invasion into Ukraine.

“Biden is putting the demands of the radical progressive left ahead of what is best for our nation,” she said. “It is an attempt to hide that for over three months Biden refused to levy sanctions against Russia or send military assistance to Ukraine.”

McConnell, a Kentucky Republican, said in a statement that Republicans will review Jackson’s track record.

“I also understand Judge Jackson was the favored choice of far-left dark-money groups that have spent years attacking the legitimacy and structure of the Court itself,” McConnell said. “With that said, I look forward to carefully reviewing Judge Jackson’s nomination during the vigorous and thorough Senate process that the American people deserve.”

McConnell fast-tracked the confirmation of Justice Amy Coney Barrett, whose confirmation took 27 days in a Senate controlled by Republicans in 2020.

Earlier this month, Biden said he is hoping for a 40-day confirmation process.

Shortly before Biden’s announcement he would nominate Jackson, Sen. Lindsey Graham, who serves on the Judiciary Committee, tweeted that her nomination “means the radical Left has won President Biden over yet again.”

“The attacks by the Left on Judge Childs from South Carolina apparently worked,” Graham wrote.

Graham was one of three Republicans to confirm Jackson to her current post on the U.S. Court of Appeals for the D.C. Circuit. Her two other Republican supporters in that vote were Susan Collins of Maine and Lisa Murkowski of Alaska.

Most senators issued statements saying they looked forward to meeting Jackson and reviewing her experience, such as Republicans Bill Hagerty of Tennessee, Bill Cassidy of Louisiana and Collins, and Democrats Jon Tester of Montana, Jeff Merkley of Oregon and Jeanne Shaheen of New Hampshire, among others.

Former Speaker of the House Paul Ryan, a Republican from Wisconsin, also weighed in on Jackson’s nomination. Jackson’s husband, Patrick Jackson, is the twin brother of Ryan’s brother-in-law, William Jackson.

“Our politics may differ, but my praise for Ketanji’s intellect, for her character, and for her integrity, is unequivocal,” he wrote on Twitter.

The White House included a brief clip of Ryan speaking on Brown’s behalf during her first federal judgeship confirmation process in 2012 in a video released Friday afternoon.

Brian Fallon, the executive director of Demand Justice, a group that advocates for the reform of the Supreme Court and U.S. legal system, said in a statement that her experience at all levels of the judiciary made her “a slam-dunk pick for the Supreme Court.”

“Not only will Jackson make history as the first Black woman to serve on the Court, her nomination will be a breakthrough moment in the effort to bring professional diversity to all levels of the judiciary,” he said. “By nominating the first-ever public defender to the Supreme Court, President Biden will cement his legacy as the modern president most committed to elevating lawyers who have represented the poor and the powerless.”

House Speaker Nancy Pelosi, a California Democrat, said in a statement that Jackson has excelled at her current position on the U.S. Court of Appeals for the D.C. Circuit in “upholding individual rights and the rule of law.”

“Judge Jackson will be a force for justice on the Court, with her masterful command of the law, outstanding credentials and broad legal experience,” she said.

Jackson, a top contender from the start, was previously on President Barack Obama’s short list for a Supreme Court pick in 2016 after Justice Antonin Scalia died in February of that year.

The court has had only two Black members — Justices Thurgood Marshall and Clarence Thomas — and one woman of color, Justice Sonia Sotomayor.

Sally J. Kenney, a political science professor at Tulane University in New Orleans and an expert on women judges and judicial selection, said Jackson’s experience would bring “a necessary and largely absent deep knowledge of criminal law to the Supreme Court.”

Jackson has uncles who are police officers and an uncle who served prison time, Kenney said, giving her unique insight into criminal justice that is bolstered by her work as a public defender and as vice chair of the U.S. Sentencing Commission.

“Justice must not only be done but be seen to be done and when faced with a judiciary that does not look like America, citizens may lose confidence that judges understand and weigh their life experiences,” Kenney said.

While at the White House, Jackson said she coincidently shares a birthday with Baker Motley – Sept. 14.

“Today I proudly stand on Judge Motley’s shoulders, sharing not only her birthday, but also her steadfast and courageous commitment to equal justice under law,” she said.

During her tenure, the commission reduced sentences for many crack cocaine offenses, where research has consistently shown disproportionate sentencing rates between Black and white offenders.

“Stated simply, the primary takeaway from the past 250 years of recorded American history is that Presidents are not kings,” she wrote. “They do not have subjects bound by loyalty or blood whose identity they are entitled to control.” 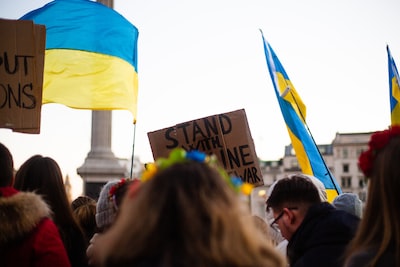 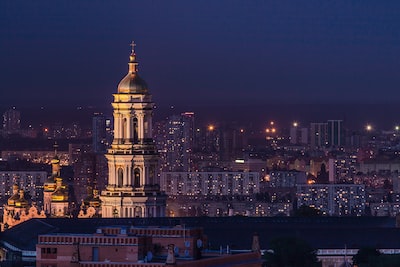 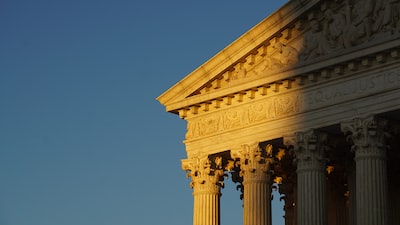 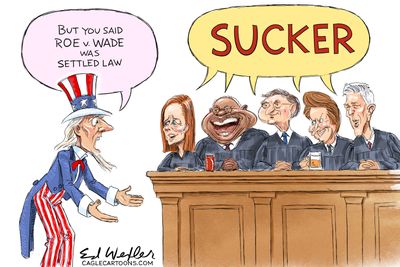