Emmanuel Macron: why France’s economy may secure his re-election

Emmanuel Macron remains ahead in the polls after the first round of the French presidential election, even if a second term is not the formality that it appeared to be a couple of months ago. With the world going through turbulent times as a result of Russia’s invasion of Ukraine and the fall-out from the COVID pandemic, the state of France’s economy and its future outlook are likely to play a key role in the election.

So how has France done recently? The numbers suggest it has been performing well compared to the world’s other major economies, and surely way better than initially expected when the pandemic hit. Macron seems to have invested the public funds largely derived from increased debt intelligently, trying to make the business environment more attractive for existing and new enterprises – not least those in tech.

The below chart compares changes in French GDP with some other indicators related to demand, ranging from household consumption to foreign demand for French goods. You can see that the rate of GDP growth had returned to pre-COVID times by the fourth quarter of 2021, implying that the economy has been growing significantly. GDP growth for the first half of 2022 is expected to be 3.2%, after annual growth of 7% in 2021.

France is a leading exporter of pharmaceuticals, military equipment and cars, among other things, but exports is the only one of the indicators in the chart that is still below pre-COVID figures. It is also likely to be further hit by the EU’s Russia sanctions, given that Russia buys just over 1% of French produce.

That damage will be somewhat offset by the growing shift away from globalisation, which is likely to further incentivise French multinationals to grow their businesses within France itself. Having said that, France already imports more than it exports, and with the French trade deficit recently widening, imports are becoming even more dominant. This is something the next president may well need to tackle as self-sufficiency becomes more of a virtue.

Two other economic indicators are also particularly important to understanding France under Macron: unemployment and inflation. Both are relatively favourable.

The French unemployment rate fell to 7.4% in the fourth quarter of 2021, a level not seen since 2008. This is testimony to Macron’s reforms during his first term in office, among the most important of which has been cutting corporation tax from 33.3% to 25% and pushing for the French labour code to be changed to make it easier for firms to make people redundant. The labour reforms have increased workers’ job insecurity, but they also made for a livelier job market by encouraging businesses to hire people.

Economy minister Bruno Le Maire hailed as historic the fact that nearly 1 million businesses were created in France in 2021. Others pointed out that the majority of these were actually micro-enterprises with just one or very few employees. Either way, people’s willingness to create new businesses has been largely seen as an indicator of the economy’s vitality. Macron is pushing this as one of his biggest wins during his first term, and it could be one of the factors that carries him over the line on April 24.

French inflation spiked to 4.5% in March, and the chart below shows a worrying upward pattern since last summer. Having said that, this remains one of the lowest rates among European countries – with Germany at 7.3% and Spain at 9.8%, for example. One reason is that France derives most of its power from its fleet of nuclear power plants, so it has been relatively insulated from the rises in oil and gas prices that have been causing problems elsewhere.

We should also not forget that just like many other countries responding to the pandemic, France’s public debt to GDP ratio rose: from 98% in 2019 to 116% in 2021. Higher inflation is one way to reduce this growing debt burden, although the levels of price rises that France and other countries are experiencing right now goes well beyond what central bankers would have liked.

Inflation also looks likely to get worse before it gets better, depending also on the evolution of the war in Ukraine. Coping with that problem is going to be another challenge for whoever is running France over the next five years. If that does turn out to be Macron, the French economy’s revamp under his management may well be seen as one of the main reasons why. 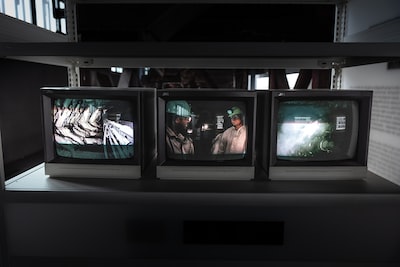