(The original version of story misattributed a statement by Ohio Supreme Court Justice Pat DeWine to a spokeswoman for the court, who does not speak for him. This version is updated.)

The administration of Gov. Mike DeWine is making history, but perhaps for the wrong reasons.

Now ethics experts say that DeWine’s Medicaid director had a conflict when she signed contracts last year as part of the biggest public procurement in state history. And they said that DeWine’s son, a state Supreme Court justice, has a clear conflict as he refuses to recuse himself from redistricting cases that will shape the state’s politics for years to come.

In the summer of 2020, U.S. Attorney David M. DeVillers announced arrests in what he said was  “likely the largest bribery and money-laundering scheme ever in the state of Ohio.”

Then-House Speaker Larry Householder, R-Glenford, was the most prominent official charged in what authorities said was a scheme to use $61 million in bribes to win a $1.3 billion energy bailout.

But DeWine’s appointee to head the public utilities commission resigned amid revelations that he received $4.3 million from the company implicated in the scheme and DeWine’s legislative affairs director set up a 501(c)(4) dark money group that prosecutors say pumped millions into the conspiracy. Neither former DeWine appointee has been charged and Householder pleaded not guilty.

DeWine has been reluctant to criticize his former aides, nor has he questioned his son’s involvement in redistricting litigation.

Living in one of the most gerrymandered states, Ohioans in 2015 and 2018 overwhelmingly passed constitutional amendments meant to limit extreme partisan gerrymanders of legislative and congressional districts, respectively.

Even though Republican President Donald Trump in 2020 won Ohio by only eight percentage points, the GOP controls 65% of the seats in the state House, 78% of the state Senate and 75% of the state’s congressional seats.

Despite the voter mandate to draw more representative districts, the Republican-majority commission on which Mike DeWine sits last year approved legislative maps that earned an “F” grade from the Princeton Gerrymandering Project. The group’s biggest problem with the maps was their lack of partisan fairness.

The League of Women Voters and other groups sued the redistricting commission — and they sued Gov. DeWine and other members as individuals. Last month, Ohio Supreme Court Chief Justice Maureen O’Connor joined the court’s three Democrats in declaring the maps unconstitutional. In doing so, they slammed committee Republicans’ claim that the amendment’s call for partisan fairness was only “aspirational.”

Justice Pat DeWine voted with two other Republicans to uphold the maps that his father helped pass. And there are serious questions about whether he should have voted at all.

Judges are subject to rules meant to preserve public confidence in the courts by avoiding conflicts of interest and appearances of impropriety.

That means that Pat DeWine should recuse himself not just if his father is on the redistricting commission, but if his grandfather or great grandfather is, said Sarah O’Brien, a retired Dane County, Wisconsin, circuit court judge who has advocated stronger ethics rules for those who sit on the bench. The point is to protect the impartiality of the courts, a principle cited in three of the four Ohio canons of judicial ethics from which the rules flow.

Pat DeWine on Friday said in an email that prior to joining the court, the justice sought expert advice and was told he didn’t have to recuse in cases such as the one involving the redistricting commission. She also said that as only one of seven members of the commission, Gov. DeWine “has considerably less influence over the commission than he would have over a department of state government.”

He added that the elder DeWine is sitting on the commission not in his personal capacity, but as a state official, so his son doesn’t have a conflict.

“Most importantly, (Gov. DeWine) has no personal interest in the litigation,” Justice DeWine said. “A decision by the court one way or another will not provide any personal benefit to him. He is not a member of the legislature and is, thus, personally unaffected by any particular district lines. I also note that to my knowledge the Governor has not publicly expressed an interest in favor of a particular outcome in this case.”

That might seem hard to credit. For starters, Mike DeWine voted for the maps, so one can reasonably assume he wants the court to uphold them.

Also, he has made hefty investments of his time and money in becoming governor and it’s likely that he sees having reliable Republican majorities in the General Assembly as key to succeeding in and retaining the office.

More importantly, O’Brien said, the claims ignore the plain language of the rule.

Justice DeWine might be taking the “position that ‘it’s not my father, it’s the office of the governor and it only happens to be my father. My father’s not really being sued personally…’ she said. “But that’s not what the code says.”

Asked about the potential for a conflict, Dan Tierney, Gov. DeWine’s press secretary, in an email said “Gov. DeWine does not discuss Ohio Supreme Court cases with Justice DeWine.”

O’Brien, the retired judge, said that Pat DeWine’s refusal to recuse might undermine confidence in more than just the Ohio redistricting case.

“These recusal rules are being overlooked and struck down and abused all over the country,” she said. “The courts used to have a great deal of respect — people trusted that they were fair — but all that is starting to crumble as they become more political.”

Another conflict of interest involving Gov. DeWine’s administration has to do with the Medicaid department’s procurements last year of enormous contracts as the department undertook sweeping reforms.

Subsidiaries of some of the nation’s largest corporations won contracts even though one corporation is being sued by the state over claims of $16 million in fraud, another had just settled fraud claims for $88  million and a third was found to have up-charged the Medicaid department for prescription drugs by more than $100 million in a single year.

The woman who signed those contracts appears to have had a financial interest in two of those companies.

According to disclosures made by Medicaid Director Maureen Corcoran, she owned at least $1,000 worth of stock in the corporations through 2020. But she refuses to say just how much she owned as she negotiated and signed billion-dollar deals with subsidiaries of two of the corporations — UnitedHealth and CVS.

Attorneys for the department have claimed that Corcoran didn’t have a conflict because she signed contracts with subsidiaries and not their corporate parents. And for his part, the governor’s press secretary said that DeWine thinks Corcoran has complied with the law and doesn’t need to disclose her exact holdings.

But Terry L. Cooper, a professor emeritus at the University of Southern California and an expert in government ethics, said that in the cases of both Corcoran and Pat DeWine, it’s not even close.

He added, “The problem with these conflicts is that they threaten to distort decision-making from focusing entirely on the public good and skew it toward personal private interests. Any perception that public officials may be serving their own interests rather than the interests of the public tends to undermine public trust. Public trust is essential for democratic governance to function well.” 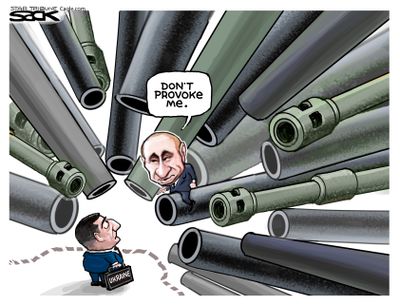 
The Love Letters of Abigail and John Adams 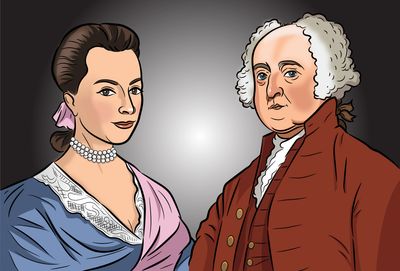