Climate change is causing widespread and irreversible impacts to nature and humanity far faster than scientists had anticipated, and the Southwestern U.S. will be hit especially hard, according to a major new scientific report released this week.

The report is the latest in a series by the Intergovernmental Panel on Climate Change (IPCC) detailing the most recent research on climate science. The report focuses on how societies are being affected and what they can do to adapt to growing extreme heat, heavy rainfall, drought and wildfire.

“We are seeing that the pace of climate change is happening faster than we thought,” said Ben Orlove, one of the report’s authors. “The warming is happening faster and the impacts of extreme weather events are also occurring more quickly. Ten years ago we thought we knew what the world would look like in 2022 and it’s actually looking more serious. More extreme events are occurring in the present and not so much 20-30 years in the future.”

Countries have failed to meet reduction goals for planet-warming carbon emissions, warns the report, and must work to limit harm by adapting to the volatile weather conditions of a warmer world.

An earlier IPCC report found that global temperatures have already warmed 1.1°C, and the planet is expected to hit the 1.5°C within two decades, the threshold needed to avert permanent climate disaster.

Limiting global warming to 1.5°C may not prevent losses to nature, societies or economies, but will substantially reduce them, the report says.

Repercussions of climate change addressed in the report will have devastating effects on the Southwest, including Nevada.

Climate change has already contributed to droughts in the U.S., and droughts are likely to continue, especially in the Southwest. With around 2°C of warming, severe water shortages are likely across large parts of the southern U.S. and Mexico.

New research suggests the past two decades have already been the driest period in the last 1,200 years in the Southwest, creating a megadrought that has gripped Nevada.

“With the megadrought, there certainly were projections,” said Orlove, who studies aridity in the West. “With temperatures rising there is more evaporation of water and it doesn’t keep the soil moist as long.”

Spring rainfall could reduce by 20% or more in the Southwest by the end of the century if emissions continue to rise, according to a study cited by the report.

Warmer and drier conditions can reduce the reliability of surface water sources that rely on rain or snowmelt runoff, including water sources for the Southwest. In Nevada the Colorado and Truckee rivers are especially vulnerable to reductions in mountain snow and glaciers.

“The area that receives snow is growing smaller and smaller,” Orlove said. “As the mountains warm areas that used to get snow now get rainfall so decreased snowpack has been observed and that’s projected to continue.”

“There are some years where there is a whole lot of rain and great snow in the Sierras, like in December. But January and February were among the driest.”

Reductions in runoff are also increasing the salinity of Pyramid Lake in Nevada, reducing fish biodiversity and affecting the cui-ui fish, the primary cultural resource of the Pyramid Lake Paiute Tribe.

River flow in the Southwest could fall 30% by 2050, and 50% by 2100, if emissions continue to rise, according to a study cited by the report. According to the same study, the Colorado River flow has already dropped around 13% since 1930, due to increased evaporation from higher temperatures.

Hotter summers will also increase evaporation from reservoirs in the Southwest, like Lake Mead in Nevada, further reducing water availability in the region.

“It’s important to note that it’s not inevitable that there will be worse droughts. There’s still big choices between moderate, severe, and devastating impacts,” Orlove said. “It’s up to humans to make choices.”

Reduced rainfall year round, however, will not prevent the possibility of heavier, more extreme downpours that could cause widespread flooding in the Southwest.

Atmospheric river events – when water vapor is funneled from the tropics to higher latitudes and dumped in heavy rain or snow – are expected to dominate weather on the West Coast.

Flooding could cause direct damage to infrastructure and increase the frequency of harmful algal blooms, which will reduce water quality. Harmful algae blooms also form due to shallower and warmer environments where bacteria multiply and spread across the water’s surface.

Lake Mead has periodically experienced toxic algal blooms that increased the level of treatment needed for the drinking water, the most recent being in 2021. If the lake continues to shrink it is possible algae will impact water quality more frequently.

In Nevada, officials estimate that snow and rain storms in the last 40 years have cost the economy about $51 billion, according to the governor’s office.

Extreme heat in the Southwest will leave urban residents vulnerable to a range of health issues. Already, almost 35% of heat deaths in the US over the last three decades are attributable to climate change. Under higher emissions, the Southwest would experience the country’s highest increase in annual premature deaths due to extreme heat, with an estimated 850 additional deaths per year. Under lower emissions, deaths would be reduced by half.

Las Vegas is one of the fastest warming cities in the U.S., largely due to the urban heat island which elevates temperatures within cities relative to their surroundings and is amplified during heat waves.

Climate scientists note that a massive shift to renewable energy, like solar energy, is something states can focus on to reduce emissions. Southwest cities can also adapt to climate change by reduce energy demands with smart building design and green spaces.

Society-wide transformations are needed to adapt to growing heat, the authors warn. Policy makers must be socially inclusive and any solutions to protect the population must consider social justice and include indigenous populations, minorities and the poor, the report warns.

A recent study, revealed how unevenly protective tree shade is distributed in Nevada’s cities, and how tree inequity disadvantages communities of color and the poor. Neighborhoods with a majority of people of color have 33% less tree canopy on average than majority white communities, according to the study.

“The difference between different neighborhoods depending on how vegetated they are is impressive,” Orlove said.

Reducing poverty and inequality, and improving institutional support, would improve vulnerable people’s capacity to adapt where they currently live or to successfully relocate, says the report.

High emissions could reduce average incomes in the US 36% lower in 2100 than they would have been without climate change, according to a study cited by the report. Losses to GDP are projected to be highest in the southern parts of the Southwest, like Clark County, where the impacts of heat on high-risk labor and mortality will be the highest.

Construction workers and farm workers are especially vulnerable to heat stress. Broader understanding of heat hazards and better access to public health systems for the most vulnerable will be important to protect workers, says the report.

Food systems will be severely impacted by further climate change. Agriculture yields most at risk are in the Midwest, Southeast, and parts of the Southwest, where some counties will experience losses of 30-90%, according to a study cited by the report.

Barley yields, a major crop in Nevada, could also fall about 25% by the end of the century if emissions are high, but just 5% if emissions are cut more rapidly, according to a study cited by the report.

For cattle ranchers in the Southwest, cattle will likely face heat stress for around a quarter of the year even if emissions are rapidly cut, says the report, threatening the livelihoods of ranchers throughout Nevada’s cattle industry which employs about 1,400 people, according to the state’s Cattle Association.

While agriculture in the Southwest will be hit by the effects of climatic changes, it will also be deeply affected by the consequences of changes that happen elsewhere.

The risks of widespread crop failure due to extreme climate events hitting multiple places globally will increase if emissions are not rapidly cut, according to the report. This could lead to global food shortages and price increases, which will particularly harm poorer people. 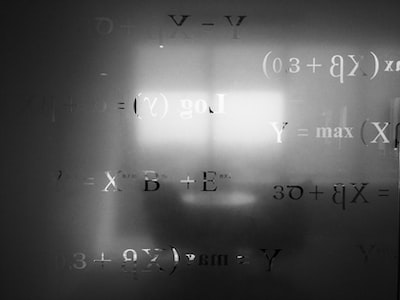