Oregon is headed towards becoming the eighth state to mandate overtime pay for farmworkers.

Oregon is headed towards becoming the eighth state to mandate overtime pay for farmworkers.

The pay bill passed its final legislative hurdle on Thursday and heads to Gov. Kate Brown, who appears ready to sign the new requirement into law. That means an estimated 86,000 farmworkers next year will get overtime pay – a benefit they haven’t been legally entitled to for more than 80 years.

The Senate passed House Bill 4002 with 17 Democrats in favor and 10 Republicans against. Earlier, it passed the House on a party line vote of 37 to 23. The bill now goes to Brown. A spokeswoman in her office indicated on Thursday that she supports the bill.

“Governor Brown believes that we must strike a balance between supporting our hardworking farmworkers – many of whom are migrant workers from low-income families – and our agricultural sector,” Liz Merah, a spokeswoman, said in a statement to the Capital Chronicle. “HB 4002 attempts to strike this balance, and the governor appreciates the input so many Oregonians have provided on this bill.”

The Oregon Farm Bureau, which represents 6,700 farms, will ask Brown to veto the bill.

“We are very disappointed in the result today,” Mary Anne Cooper, bureau vice president of government affairs, told the Capital Chronicle. Getting Brown to veto the legislation is the bureau’s last option to try to stop the proposal.

“We don’t believe she will but we want to make sure that the public and our members understand that she does have a decision to make,” Cooper said.

The pay required of most other employers in Oregon will now be mandated in the state’s $5 billion agriculture industry, including many farms where wages account for more than a third of the costs. According to a study commissioned by the farm bureau, the bill would impose an average of $26 an hour for overtime compared with the average $17 an hour they now get regardless of the hours worked. The organization has predicted that the proposal would cause many of Oregon’s 10,000 farms to close or to sell to corporations.

“On the whole it will end up being a positive thing for a couple of reasons,” Lafer said. “A lot of the costs will be passed on to consumers.”

He said producers of specialty crops – which make up 70% of the value of Oregon’s agriculture industry – can most easily fold higher expenses into their prices. He said studies in California, where a 40-hour overtime law went into effect this year, show that consumers are paying pennies more for produce.

In Washington state, a farmworker overtime law is being phased in, with the 40-hour threshold taking effect in 2024. Five other states also have approved overtime pay for farmworkers: Hawaii, Colorado, New York, Minnesota and Maryland.

Supporters say overtime pay is a matter of equity. Farmworkers were excluded from mandatory overtime in the Fair Labor Standards Act passed in 1939. The exclusion came under pressure from Southern U.S. lawmakers who employed Black farmworkers.

“The inability to pay for child care means that women are taking their children with them in the field to do this work,” Gelser Blouin said. “Not because they want to but because they have to.”

The overtime proposal has been in the works for three years, according to Reyna Lopez Osuna, executive director of the farmworkers union, Pineros y Campesinos Unidos del Noroeste or PCUN. After it died in the Legislature last year, a group of farmworker advocates, the Oregon Farm Bureau and lawmakers sat down for months to try to reach an agreement.

Those talks broke up in December with a Salem farmworker advocacy group, Mano a Mano, suing the Oregon Court of Appeals on behalf of two farmworkers. The suit seeks to force the state Bureau of Labor and Industries to include farmworkers in Oregon’s overtime rules on constitutional grounds, saying that not doing so is discriminatory.

The labor bureau also has been moving toward using its rule authority to require overtime pay for farmworkers. But if Brown signs the bill, there will no longer be a reason for the bureau to pursue enacting a rule.

Senate President Peter Courtney, D-Salem, said at the end of two and a half hours of speeches he wanted legislators, not administrators, to decide on the overtime issue.

He said legislators don’t want to hurt small farmers and that the bill is “chock full of checks and balances.”

The requirement for time-and-a-half pay after a 40-hour workweek would phase in over five years. Farmers would be eligible for tax credits over six years to cushion the impact of the new expense. It also directs state officials to come up with a $10 million grant or loan program by the end of September to compensate farmers for paying overtime.

The proposal includes four tiers of tax credits, with small dairy farmers getting a full tax credit equal to overtime paid over six years. The credits are refundable, which means that employers can claim them even if they don’t make a profit. Legislative fiscal officers estimate the tax credits  would cost Oregon taxpayers an average of $55 million a year.

Farmers have said repeatedly that they don’t want tax credits. A bill endorsed by the farm bureau would have created a fund to pay farmworkers for overtime.

“The tax credits are not a permanent solution,” Cooper said. “The Legislature has a history of taking them away as soon as there is a recession. They make legislators feel good in the moment, without any lasting guarantee that they will blunt the impacts.”

She also said the tax credits would be winding down when farms would need more help because they’d have to pay overtime at a lower threshold.

The other states that have approved farmworker overtime have not adopted adopted financial measures like Oregon to ease the financial impact on farms, which Sen. Kathleen Taylor, D-Milwaukie, indicated made Oregon’s bill better.

“This is a very good beginning,” Courtney said. “This legislature can come back every year and make sure this thing is working.”

Lopez Ocuna said PCUN staff watched the Senate debate on Thursday, marking the first time they had gotten together in a long time.

“We’re feeling grateful for all of the countless hours that I know the legislators have taken to discuss this issue,” Lopez Osuna told the Capital Chronicle. “We’re feeling really grateful to Oregon and to the Legislature.”

She said the union would wait until the bill is signed to celebrate.

Senate Republicans twice moved to derail the legislation by sending it back to legislative committees.

The Republican efforts failed, and the floor speeches continued, with several senators twice standing to address the legislation.

“I have never presided over a session where so many people wanted to speak for a second time,” said Courtney. 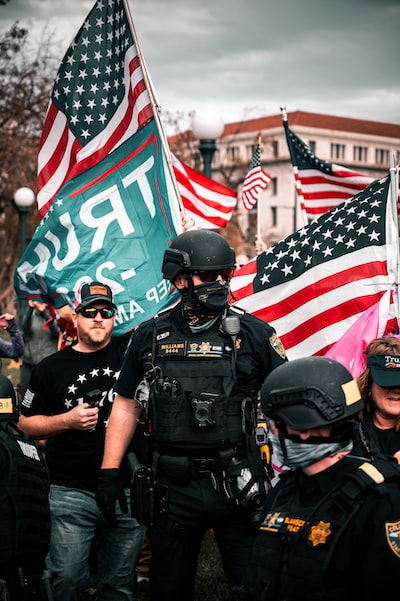 
‘Freedom will triumph over tyranny’: Biden’s first State of the Union echoes themes from the Cold War