CINCINNATI — J.D. Vance, transformed from Trump-critic to Trump-candidate, will represent the GOP in Ohio’s election for an open seat in the U.S. Senate.

The Yale Law grad turned venture capitalist won 31% of the vote, according to preliminary results late Tuesday from the Ohio Secretary of State, beating out his nearest of six competitors, former State Treasurer Josh Mandel, who won 25%. Vance will face Tim Ryan, a Democratic congressman since 2003, in the general election in November.

“The people who are caught between the corrupt political class of the left and the right, they need a voice,” Vance said to a crowd at the Duke Energy Convention Center. “They need a representative.”

The 2022 Senate race was unmistakably dominated by the loser of the 2020 election, President Donald Trump, and a refusal among nearly all the GOP candidates to acknowledge the loss. All but one of the leading candidates in the race coveted Trump’s endorsement and emulated his nationalistic and at times inflammatory style. Likewise, all but one parroted his lie that he won the 2020 election.

The outlier, Matt Dolan, a state Senator from the Cleveland area, won 22%, netting him 3rd place. His middling performance, coming from the only candidate willing to acknowledge Trump’s 2020 loss, further raises doubts as to whether there’s room in the modern Republican Party for conservatives who distance themselves from the former president.

Besides the Trump endorsement, Vance also rode a wave of $13.5 million from tech mogul Peter Thiel — a cofounder of PayPal and early investor in Facebook — into an independent committee backing him.

Speaking to the crowd, Vance depicted a political left hell bent on exporting American jobs and allowing for unfettered illegal immigration. Likewise, he criticized the “corrupt” Republican establishment, embodied by the Club for Growth, a conservative nonprofit that spent millions backing Mandel.

Vance rose to national prominence upon the publication of his memoir, “A Hillbilly Elegy: A Memoir of a Family and its Culture in Crisis,” depicting his turbulent upbringing in the Cincinnati suburb of Middletown. The book didn’t mention Trump but became something of an explainer for his political strength in former Democratic strongholds amid the decline in American manufacturing.

Vance’s status as the Trump-anointed candidate follows a pattern of Trump’s most scathing critics within the Republican party turning into his unapologetic backers. Texts from a private conversation in 2016 recently emerged of Vance comparing Trump to the infamous dirty trickery of President Richard Nixon or even Chancellor Adolf Hitler, the German dictator who ordered the slaughter of 6 million Jews.

Fast forward the clock six years and Vance would appear alongside at a Trump rally, echoing Trump’s complaints about illegal immigration, the “left destroying this country,” and an American economy too dependent on Chinese goods. Vance has gone as far as to echo the claim that the 2020 election somehow stolen from Trump, a once unthinkable breach of American decorum of the peaceful transfer of power.

“There were certainly people voting illegally on a large-scale basis,” Vance said in a 2021 newspaper interview.

Trump called Vance “an America First warrior” at a rally last month before diving into subjects like his delusions of having won the 2020 election, the teaching of gender identity in school, and transgender athletes in high school sports. Vance touched on most the same themes during his victory speech Tuesday.

As a candidate, Vance campaigned on completing Trump’s wall along the Southern border, labeling drug cartels as terrorist organizations, and blocking welfare programs from undocumented immigrants. He often adopted the language of white cultural grievance while doing so.

“Are you racist?” Vance asked in one ad focused on immigration, pointing at the viewer. “Do you hate Mexicans?”

All the candidates borrowed heavily from Trump in substance and style. During a debate, Gibbons and Mandel puffed out their chests at one another in a spat that appeared like the prelude to fisticuffs before an emcee stepped in. Meanwhile, Timken cut an ad claiming her rivals “overcompensate for their inadequacies.” Most all of them leaned into similar conservative culture wars of immigration, gender, sexuality, censorship, and others.

Vance will face off against Ryan in November.

“I thought this would feel good,” Vance said. “It feels even better than I thought.” 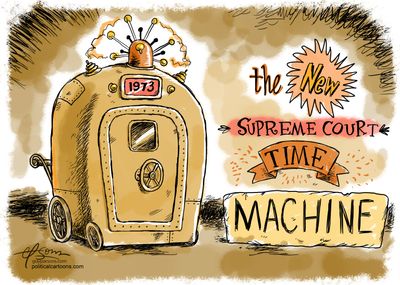 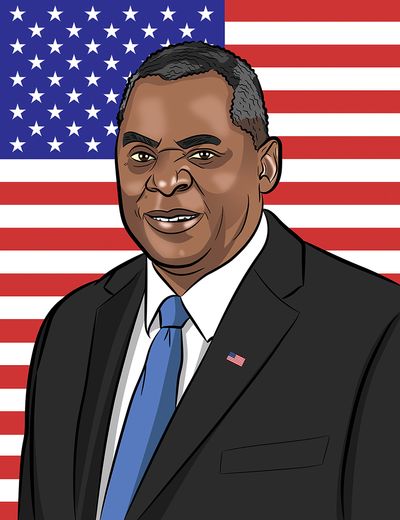