Republicans denounce Putin’s war on facts, but are silent on the one at home | John L. Micek

But by failing to step up to denounce Trump, and by failing to condemn the violence perpetrated at the U.S. Capitol on Jan. 6, Republicans are abetting the same war on truth at home that they’re rightfully slamming Putin for conducting abroad.

There’s a lot that’s terrible about Russian strongman Vladimir Putin’s brutal attempt to erase Ukraine from the map of Europe.

From the incalculable humanitarian disaster that has seen millions of Ukrainians flee their home country, to the appalling carnage on the streets of Mariupol that was devastatingly humanized with the death of a pregnant woman and her unborn baby, the costs of Putin’s unjustified war of conquest will be with us for decades to come.

But the truth also has become collateral damage these last weeks, as Putin has twisted language beyond meaning to justify his atrocities. Russian officials and conspiracy theorists have, for instance, promoted the baseless claim that the attack on the maternity hospital in Mariupol was “staged,” USA Today reported.

This week, Russian television news producer Marina Ovsyannikova was detained and fined for interrupting a broadcast, and accurately describing Putin’s action for what it is: A war. She could be imprisoned for saying what’s obvious to the entire planet.

As I wrote last week, Republicans, suddenly realizing that democracy is worth defending, have stepped up to denounce Putin and defend the same democratic institutions they tried to undermine on Jan. 6.

Speaking at a closed-door fundraiser last week, former Vice President Mike Pence said there was “no room” in the GOP for “Putin apologists,” NBC News reported. And while he didn’t mention his old boss, former President Donald Trump, by name,  it was hard to escape who he was was talking about, NBC News noted.

Trump has yet to explicitly condemn Putin, saying at a recent rally in South Carolina that Putin “happens to be a man that is just driven, he’s driven to put it together,” NBC News reported.

But by failing to step up to denounce Trump, and by failing to condemn the violence perpetrated at the U.S. Capitol on Jan. 6, Republicans are abetting the same war on truth at home that they’re rightfully slamming Putin for conducting abroad.

And with their silence, they are allowing a pernicious rewriting of history to take root.

I didn’t have to look further than my own inbox for proof.

One reader, taking exception to my description of the Capitol insurrectionists as a “murderous horde,” demanded to know “how many people did the ‘murderous horde’ murder?”

When I pointed out the well-documented chants of “Hang Mike Pence,” (which the former president has defended), the presence of a gallows at the Capitol, and that intent mattered as much, if not more than, the actual act, he dismissed it, arguing, “Nobody was going to hang anyone.”

Federal prosecutors did not feel the same, alleging in the days after the attack that rioters intended to “capture and assassinate” elected officials. And certainly the law enforcement agents who transferred Pence to a secure location on the Capitol grounds, where he remained for four hours, were not being cavalier about the clear and present danger the former vice president and other lawmakers faced on that horrible day.

My correspondent remained undeterred, writing that “there was riots (sic) because an election was stolen from the American people. and don’t give me that BS that there is no evidence. There is plenty of evidence but unfortunately no one is going to do anything about it.”

None of that is true.

Another correspondent questioned my decision to refer to the events of Jan. 6 as the “sacking of the Capital (sic).”

“The definition of sacking is looting, raiding, plundering, and robbery. What recent events does that more accurately describe? Did any of those actions take place there?” the reader asked, attempting the inevitable “But Black Lives Matter” deflection.

In fact, yes, all of that happened, according to the U.S. Attorney’s Office in Washington D.C., which has been prosecuting cases related to the insurrection.

More than 725 people were charged in the insurrection, according to federal prosecutors. Of that number, more than 225 people were charged with “assaulting, resisting, or impeding officers or employees, including over 75 individuals who have been charged with using a deadly or dangerous weapon or causing serious bodily injury to an officer,” prosecutors said, adding that “approximately 140 police officers were assaulted Jan. 6 at the Capitol including about 80 U.S. Capitol Police and about 60 from the Metropolitan Police Department.”

All of which sounds a whole lot like the “looting, raiding, plundering, and robbery,” to which my correspondent referred.

Again, that’s what silence in the face of an attack on facts gets you. That’s what complicity in an assault on the very foundations of our democracy gets you.

The GOP can’t have it both ways. If they’re going to attack Putin’s war on facts, they have to step up and stop the one at home. 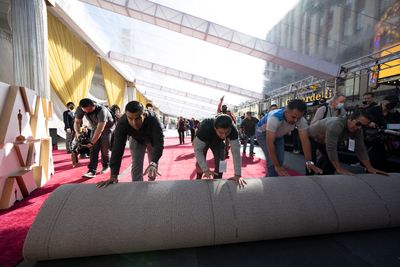 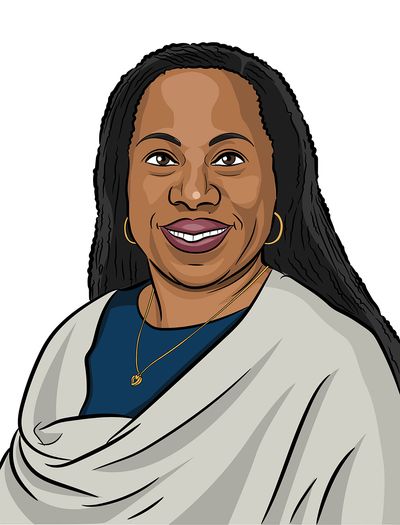