The indispensable role played by fake electors in a real insurrection

“7 states have transmitted dual slates of electors to the President of the Senate,” reads the first sentence of a “January 6 scenario” memo prepared last year by lawyer John Eastman for then-President Donald Trump’s legal team.

Under the scenario, which was reportedly presented to then-Vice President Mike Pence two days before the mob invaded the Capitol, Pence would announce during the joint session of Congress to certify Joe Biden’s victory that those seven states’ electoral votes were disputed. Then Pence would declare “there are no electors that can be deemed validly appointed in those States,” according to the Eastman memo.

After those electoral votes were removed from the count, a constitutional majority would no longer be 270 electoral votes, but just 228. “There are at this point 232 votes for Trump, 222 votes for Biden. Pence then gavels President Trump as re-elected,” reads Eastman’s memo.

Following inevitable “howls” from Democrats declaring that a winner must receive 270 electoral votes, “Pence says, fine,” Eastman wrote, explaining that then Pence simply declares no candidate has won the electoral count, and throws the matter to the House of Representatives, where each state gets one vote.

“Republicans currently control 26 of the state delegations, the bare majority needed to win that vote. President Trump is re-elected there as well,” Eastman wrote.

Mathematically, under Eastman’s “January 6 scenario,” Nevada State Republican Party Chairman Michael McDonald and the five other fake Trump electors from Nevada – James DeGraffenreid, Duward James Hindle III, Jesse Law, Shawn Meehan and Eileen Rice – were not as important as fake electors from larger states. Even if Pence hadn’t declared Nevada a “disputed” state, the others — Arizona, Georgia, Michigan, New Mexico, Pennsylvania and Wisconsin — had enough electoral votes that, if removed from the count, would have whittled down electoral majority under Eastman’s scheme to a point where Trump would have defeated Biden.

As Jan. 6 neared, it became clear to Trump and his co-conspirators that Pence was not going to just toss the legitimate electoral votes from Nevada and the six other states.

Eastman and Trump had a fallback plan, laid out in Eastman’s full “January 6 scenario” memo, wherein “Pence determines that the ongoing election challenges must conclude before ballots can be counted, and adjourns the joint session of Congress…”

Eastman’s fallback plan to have Pence toss the election back to states was what Trump was talking about as he was firing up the insurrectionists on the morning of Jan. 6 and said, “If Mike Pence does the right thing, we win the election.”

Later that day the insurrectionists would be ransacking the Capitol and chanting “Hang Mike Pence.”

Under the scenario to return the election to state legislatures of the target states, Nevada’s fake electors were not as important as those from elsewhere. In both Nevada and New Mexico, Democrats controlled both houses of the legislature so fake electors would have never been approved. More importantly, in the other five states Republicans controlled both legislative houses. Those states have a collective 73 electoral votes, more than enough to have put Trump over 270.

But just because Nevada is a small, Democratically controlled state doesn’t absolve Nevada’s fake electors from their role in the Eastman scheme that Trump so eagerly embraced – especially since some of the fake electors were the same people behind bogus voting fraud allegations that Eastman included when justifying Nevada’s inclusion.

In Nevada, Gov. Steve Sisolak has said submitting fake electoral votes is a crime, adding that what should be done about it is up to the state AG’s office. Nevada Attorney General Aaron Ford’s office has said it “cannot confirm or deny the existence of an investigation,” but the fake electors are “on our radar.”

It’s perhaps fair to say few people, whatever their party affiliation, who know or have followed McDonald’s career would be particularly saddened or surprised were he to end up in prison. But state-level adjudication, no matter how gratifying locally, is insufficient to the offense committed by McDonald and his five fellow fakes, and the role they played in an organized attempt to illegally overturn an election.

The House investigation’s focus on the fakes has already led to a fresh understanding of that role, and the underlying plan, which includes coordination and intent from Trump, his legal team, and his campaign. (One fact to keep in mind as the investigation continues: Trump’s Nevada 2020 campaign chairman was Adam Laxalt.)

When McDonald and his cohorts gathered in December 2020 and declared Trump won the election and they were the state’s electors, most people simply ignored them. Of those who didn’t, most dismissed it as a stunt.

A little more than a year later, it appears their role in a coordinated insurrection and attempted overthrow of the United States government was, if anything, even more fundamental, premeditated and deliberate than that of the mob that invaded the Capitol.

There is currently a fascinating legal case in North Carolina, where a group of voters argue that a Republican congressman’s involvement in the Jan. 6 insurrection disqualifies him from seeking reelection under the 14th Amendment’s clause prohibiting anyone from holding public office who has “engaged in insurrection” against the U.S.

Some people say the so-called “disqualification clause” should apply to Trump.

Last week, Maryland Democratic Rep. Jamie Raskin, who serves on the House January 6 panel, said “We want to look at the fraudulent activity that was contained in the preparation of these fake Electoral College certificates…we want to look to see to what extent this was part of a comprehensive plan to overthrow the 2020 election.”

Nevada’s fake electors, perhaps seeking to minimize the personal consequences of their insurrectionist actions, will presumably find themselves providing evidence to the House investigation and/or federal prosecutors.

How ironic if the one Nevadan who, by his actions, ends up doing more than any other to assure that Trump is never president again turns out to be Michael McDonald. 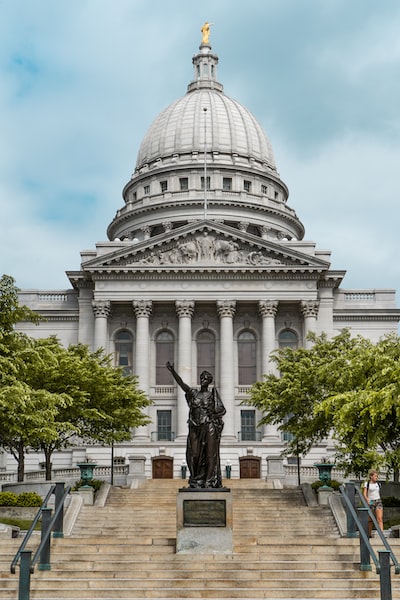 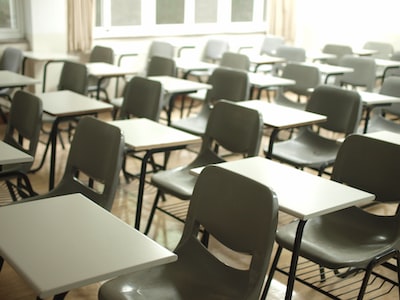