Voting Rights Act is hanging by a thread; FL ruling may allow Supreme Court to cut it

In an exceedingly rare federal ruling striking down restrictions on voting that the GOP-dominated Florida Legislature approved last year, the state has effectively been placed on probation.

In the March 31 ruling, Chief U.S. District Judge Mark Walker struck down central provisions of that law, SB 90, approved at the urging of Gov. Ron DeSantis.

Walker’s 288-page decision barred legislators from enacting any changes to elections procedures without first clearing them with the U.S. Department of Justice or the courts. The extraordinary sanction, if upheld on appeal — a big if — will bind state government for the next 10 years.

As Walker himself wrote, he acted under Section 3 of the Voting Rights Act of 1965, which courts have invoked “fewer than twenty times in forty-eight years.”

The last significant test came in Arkansas 32 years ago, in 1990, when Bill Clinton was still governor, Walker noted.

But the move was justified because of a decades-long pattern of voting legislation discriminating against Black people, the judge wrote, including unfair voting roll purges and cutbacks of early voting in ways that make it harder for them to vote.

“Once is an accident, twice is a coincidence, three times is a pattern,” he wrote.

“At some point, when the Florida Legislature passes law after law disproportionately burdening Black voters, this court can no longer accept that the effect is incidental. Based on the indisputable pattern set out above, this court finds that, in the past 20 years, Florida has repeatedly sought to make voting tougher for Black voters because of their propensity to favor Democratic candidates.”

Specifically, Walker struck down language imposing burdens on organizations that conduct voter-registration drives in Black communities; restrictions on use of ballot drop boxes in locations and during hours most useful to Blacks; and a ban on “line warming,” or provision of food, water, and other assistance to people waiting in line to vote — which lines are more common in Black precincts.

A challenge to the Roberts court

Legal observers welcomed the move in light of years of U.S. Supreme Court rulings under Chief Justice John Roberts gutting key enforcement mechanisms under the Voting Rights Act. Roberts has been hostile to the law since his early service in the U.S. Department of Justice under the Reagan administration.

“What the judge has done is, basically, challenge the Roberts court: You either make these words have meaning or you kill the Voting Rights Act completely,” said Ion Sancho, who served between 1989 and 2016 as elections supervisor for Leon County. He holds a law degree from Florida State University but doesn’t practice, and remains active as an unpaid consultant in the elections field.

If that aspect of Walker’s ruling cheered voting rights advocates, it also unnerved them, given the high court’s hostility toward federal enforcement of voting rights.

For example, Marc Elias, the Democratic election-law specialist whose law office helped litigate the Florida case on behalf of the League of Women Voters of Florida, which challenged the law in tandem with additional voting-rights organizations, noted that he declined to raise Voting Rights Act claims against SB 90 for fear of an adverse ruling on appeal.

However, during a recent conversation on Twitter Spaces, Elias offered “kudos” to co-plaintiffs, including the NAACP and Florida Rising, that did.

That judges including Walker “were willing to use the laws available to them to protect voters … should be celebrated. Period. Full stop,” he said.

Congress passed the Voting Rights Act to put an end to practices legislatures in mostly southern states enacted to suppress minority voting, including poll taxes and literacy tests. Section 5 required jurisdictions with histories of voter disenfranchisement to pre-clear any changes to voting laws with the Justice Department or a federal court in Washington, D.C.

Section 4 set criteria for establishing which states qualify for preclearance, including the degree to which they quashed voting rights in the past. Nine states qualified. They did not include Florida, although the section did name Florida’s Collier, Hendry, Hardee, Hillsborough, and Monroe counties.

Section 4 also established a process by which targeted states could “bail out” of preclearance, meaning demonstrate that they no longer discriminated.

Congress extended the preclearance requirement on multiple occasions since 1965 and Republican presidents signed those laws.

However, in 2013 the Supreme Court, under Roberts, struck down the preclearance list in Shelby County v. Holder, concluding that it was no longer required because of improvements in access to the ballot.

Section 2 allowed challenges to any new voting-right restrictions that come along, but only after such a law has taken effect — meaning, after it has already harmed targeted voters. The Supreme Court gutted that provision last year in Brnovich v. Democratic National Committee.

That’s where Section 3 comes in. The statute allows judges to block election law changes by states or political subdivisions “unless and until the court finds that such qualification, prerequisite, standard, practice, or procedure does not have the purpose and will not have the effect of denying or abridging the right to vote on account of race or color,” or against a language minority.

The process is called “bailing in.”

Walker conceded his move amounts to “strong medicine” and “a drastic departure from basic principles of federalism.”

Still, Congress in passing the law “felt itself confronted by an insidious and pervasive evil which had been perpetuated in certain parts of our country through unremitting and ingenious defiance of the Constitution,” he said, quoting South Carolina v. Katzenback, a 1966 Supreme Court ruling upholding the Voting Rights Act.

Congress concluded that lawsuits targeting individual discriminatory voting laws wouldn’t work because they are massive undertakings in time and money, and a jurisdiction intent on discriminating can modify its laws to get around court judgments and even refuse to obey court orders, Walker wrote.

He cited the Legislature’s repeal of SB 90’s limits on voter-registration organizations during the recently concluded regular session as evidence. The law required registration groups to warn people signing up that the groups might not file the forms on time; this year’s law requires the forms themselves to contain the warning.

“In sum, without preclearance, Florida can pass unconstitutional restrictions like the registration disclaimer with impunity,” Walker wrote.

“Litigation takes time; here, it has taken a year. And so, before litigation can run its course, the Legislature can merely change the law — as it has done here.

“The result is that Floridians have been forced to live under a law that violates their rights on multiple fronts for over a year. Without preclearance, Florida could continue to enact such laws, replacing them every legislative session if courts view them with skepticism. Such a scheme makes a mockery of the rule of law. Under any metric, preclearance is needed.”

He rejected arguments raised by the state and Republican Party that Section 3 violates the state’s right under Article I, Section 4, of the Constitution to set terms for elections.

“On this point, this court’s analysis starts, and ends, with the text: “The Times, Places and Manner of holding Elections for Senators and Representatives, shall be prescribed in each State by the Legislature thereof; but the Congress may at any time by Law make or alter such Regulations, except as to the Places of chusing [sic] Senators.” (Walker’s emphasis.)

“The Constitution’s text could not be clearer: Congress gets the final word. This principle is nearly old as the Union itself,” he wrote. Therefore, the Constitution places state legislatures, “in some respects, under the control of Congress. And Congress has determined that, at times, preclearance is necessary.”

As for evidence of intent to harm Black voters, Walker weighed three possible motivations for SB 90: That Republicans were legitimately worried about fraud and voter confidence; that they sought advantage for themselves “without regard to whether it harmed minority voters;” or whether they wanted to depress the Democratic vote by targeting Black voters who tend to side with that party.

He noted that state leaders including DeSantis had praised the 2020 elections as an example to the nation of efficient election management, only turning sour on those procedures as Donald Trump, the governor’s political mentor, began complaining that he’d been robbed.

Walker also took note of Florida’s polarized electorate: During the past 20 years, about 90 percent of Blacks have voted for Democratic candidates while 80 percent of whites voted Republican and Hispanics have split their votes.

“Plus, Florida’s elections are decided by razor thin margins, depressing just a few thousand of your opponent’s supporters can easily swing an election. The temptation is therefore great for the party in the majority to target the particular racial groups that support the minority party,” Walker wrote.

He compared SB 90 to HB 1533, approved in 2011, which restricted early voting days without evidence of any need except that it eliminated days including the Sundays before elections, when Blacks are most likely to vote (think “Souls to Polls” efforts at Black churches).

“Plus, just as with HB 1355, the Legislature enacted SB 90 without clearly identifying why the law needed to be changed, without creating much of a legislative record to document its reasons for the change, and against the advice of the Florida State Association of Supervisors of Elections,” Walker wrote.

Not only that: Evidence at trial demonstrated that sponsors specifically asked the state Division of Elections for information about any disparate impact against minority groups and rejected amendments that would have met the ostensible goal in a less discriminatory manner, Walker wrote.

“It’s the consistent pattern of landing the bullseye right smack in the forehead of the African American community,” League President Cecile Scoon said in a telephone interview.

“Not necessarily because legislators hate Black people, but they feel that African Americans are essentially going to vote Democratic and that would be a good way to control that vote,” Scoon said.

That’s where things stand for now. Gov. DeSantis and Attorney General Ashley Moody immediately announced plans to take the case to higher courts, and Moody followed through last week by filing a notice of appeal.

DeSantis, per usual when a trial court rules against him, has expressed confidence that those higher courts will incline toward his legal position. Not a bad bet, considering that the U.S. Court of Appeals for the Eleventh Circuit is now one of the country’s most conservative appellate courts and the new 6-3 conservative majority on the U.S. Supreme Court.

Yet that would be the final nail in the coffin for chances under the Voting Rights Act to make real the promises of the post-Civil War amendments designed to remake the United States as a multi-racial democracy.

“The VRA has been a beleaguered statute ever since the U.S. Supreme Court took a meat cleaver to it in Shelby County and Brnovich,” Nova Southeastern University law professor Bob Jarvis told the Phoenix.

“There is no question that the court will take the same cleaver to Section 3 when it gets the chance, so the VRA’s proponents are right to worry that Chief Judge Walker’s opinion potentially will give the court that chance,” he said.

“It certainly does concern me,” she said of the possible downside.

Yet she argued that, in previous rulings, the 11th Circuit and Supreme Court based their rulings on a lack of evidence of actual, targeted discrimination but “have aggressively affirmed that if you bring us real proof of intentional discrimination, we will not allow that to pass,” Scoon said.

Does Scoon believe them?

“I’d be curious to see whether they live up to their word,” she said. “Up until now, we haven’t had a test.” 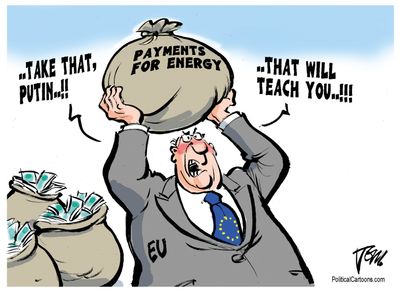 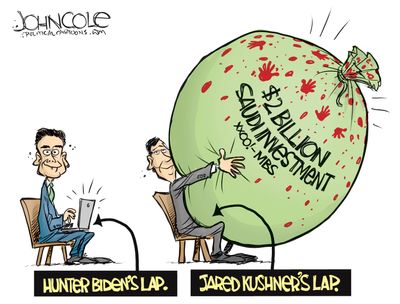