Want to find real election fraud? Look at the history of Kansas, United States in 1800s

Kansas Reflector welcomes opinion pieces from writers who share our goal of widening the conversation about how public policies affect the day-to-day lives of people throughout our state. Ron Smith is a fifth-generation Kansan, a native of Manhattan, an attorney practicing in Larned, a grandfather several times over, a Vietnam veteran and a civil war historian.

The late Congressman John Lewis, a civil rights warrior in the Martin Luther King Jr. mold, chucked a rock at Kansas during his last year in office when he said there were more UFO sightings in Kansas than allegations of provable voter fraud.

Former President Donald Trump’s post-election message has continued to be that the 2020 election was stolen. Most of the candidates he’s endorsed in 2022 support his efforts to “stop the steal.”

Was there ever anything like 2020 in our history of elections?

In Kansas, the answer is yes. Back in the 1800s, we saw two high-profile, disputed elections — both with significant and provable fraud. One involved the most important constitutional election in Kansas during our tender territorial years, the adoption of the Lecompton constitution.

The other was the presidential election of 1876. That election was so rife with fraud on both sides, Southerners were polishing their muskets in case another Civil War erupted.

The disputed birth of Kansas

Illinois Sen. Stephen A. Douglas sponsored the 1854 Kansas-Nebraska Act, bringing Kansas into the country as a new territory.

Douglas had tired of the Senatorial yapflapping and sectional bickering over slavery that always erupted when new states wanted in the union. He also wanted to fund a transcontinental railroad with Chicago as the eastern terminus and needed slave state cooperation. Slave states wanted Douglas’ help to allow slavery in the new territories.

Douglas’ 1854 compromise changed the rules, allowing territorial settlers to decide in local elections whether their new territory came into the union as a free or slave state. Douglas’ one, non-negotiable demand was that the territorial elections had to be fair.

In the next few years, settlers poured into Kansas, bringing along their pro- and anti-slavery views. Violence erupted. In response to the sacking of Lawrence in May 1856 by Missourians, John Brown and his men took broadswords to five pro-slavery men, leaving mutilated bodies floating in the Pottawatomie Creek. Such was Bleeding Kansas.

The pro-slavery elements eventually put together a constitution allowing slavery in Kansas and scheduled a statewide vote on the Lecompton document for January 1858.

Free state men knew there would be fraud because fraud was no stranger to Kansas elections. The Free Staters set a trap. At Kickapoo on election day, Leavenworth free-state lawyer Thomas Ewing and about 30 free state men, all residents of the county, hung around. All afternoon, they watched a small ferry bring boatloads of Missourians across the Missouri river to vote in Kansas.

At the end of the day, Ewing got into the voting line and signed the ledger as the 550th voter. Only 300 registered voters lived in Leavenworth County’s Kickapoo township. John Calhoun, President James Buchanan’s chief territorial officer in Kansas and a practicing fraudster, announced that more than 900 votes were cast in Kickapoo. This was more evidence of fraud. The illegal “Missouri vote” in Kansas made the difference.

In Washington, after Calhoun’s telegram, a delighted Buchanan declared Lecompton was adopted and demanded Congress admit Kansas as a pro-slavery state.

The Free State territorial legislature went into emergency session and created an investigating commission for fraud. Ewing was the chairman.

Calhoun deputy Jack Henderson admitted to forging the election returns at Delaware Crossing precinct on Calhoun’s orders. Later, in a back alley at Lecompton, the territorial capital, Ewing was shown a large box of ballots hidden under a woodpile. Upon examination, an entire Ohio city directory of names had been crudely spliced into the Kickapoo voting list.

Ewing immediately telegraphed Douglas with the evidence of voting fraud and that the election was far from “clean.” A disgusted Douglas stormed onto the Senate floor and charged that key men of Kansas had found fraud and were “coming to Washington” to prove it.

Buchanan tried to ram through the Lecompton bill. Fistfights erupted on the floor of Congress. The Senate narrowly ratified the Lecompton Constitution, but it was defeated in the House.

A year later, another Kansas convention produced the free state Wyandotte Constitution. This time there was no fraud. Kansas was admitted in 1861 as the 34th state.

In the summer of 1876, Ulysses Grant decided to retire from public life. He had presided over efforts at Reconstruction in the South that required federal troops to keep Republican state governments in power and protect Black voters, who were newly enfranchised.

Grant’s retirement threw the 1876 presidential field wide open. New York Democrat Samuel Tilden, the governor of that state, was the Democratic nominee. Ohio Republican Rutherford B. Hayes was the Republican. In South Carolina, Florida and Louisiana, the votes were extremely close. Tilden won the popular vote. Both parties reported their man victorious.

In the South, the Ku Klux Klan was among the white groups organizing during those years, and there was “ample evidence” of widespread voter repression and intimidation against Black voters in southern states. Republicans objected to the results in three states, and the Republican congress immediately created a presidential commission to decide disputed votes.

The irregularities were open and notorious. Ballot boxes were stuffed. Fraudulent ballots were printed to trick illiterate Black voters to vote for Democrats. Other Black citizens were intimidated from voting altogether by the Klan and White Knight groups. In South Carolina, 104% of registered voters “voted” — a statistical impossibility. Hayes carried the state by 880 votes. If Tilden had won South Carolina, he would have won the entire election.

Florida and Louisiana still had Republican state governments that year, left over from the Civil War. State Republican leaders were ordered to stall the results until investigations could begin.

The commission wrestled but could decide nothing because it was made up of partisans from both parties. Finally, the Democrats suggested a compromise. It included funding for another leg of the intercontinental railroad, appointing a southerner to the president’s cabinet, helping rebuild the South’s economy, and handing authority over racial issues to state governments, not Congress.

Most importantly, in return for the Democrats conceding the election to Hayes, Republicans agreed to withdraw federal troops from the South and to end Reconstruction. Black people throughout the South were left unprotected. Decades of Jim Crow laws, “whites only” signs, lynchings and sporadic beatings began in the South.

An American Apartheid lasted until the success of the civil rights efforts of the 1950s and 1960s.

Hayes lost the 1876 election, but he won the compromise with 185 electoral votes to Tilden’s 184. Hayes was not popular anywhere. In the South and among northern Democrats, Hayes was referred to as “His Fraudulency.”

Through its opinion section, the Kansas Reflector works to amplify the voices of people who are affected by public policies or excluded from public debate. Find information, including how to submit your own commentary, here. 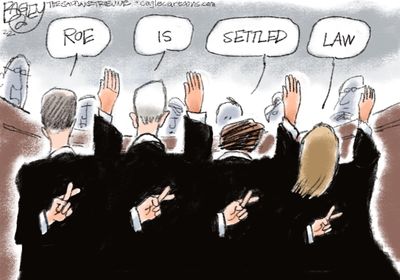 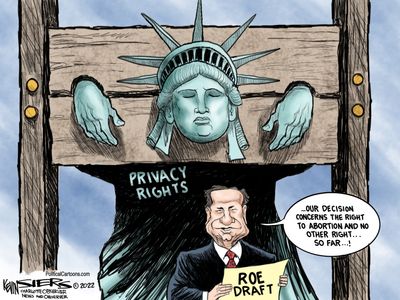