President Joe Biden asked voters Wednesday night to focus on the threats candidates aligned with his predecessor pose to the foundation of U.S. democracy in the midterm elections.

In a 20-minute speech at Washington, D.C.’s  Union Station, before a Democratic audience, Biden decried a rise in political violence, and blamed former President Donald Trump for promoting a dangerous environment in which losing candidates refuse to accept election results.

“This is a path to chaos in America,” Biden said. “It’s unprecedented. It’s unlawful. And it’s un-American. As I’ve said before, you can’t love your country only when you win.”

Biden noted the midterms, in which voting ends on Tuesday, are the first national election since a mob inspired by Trump’s false claims that he was cheated out of reelection stormed the nearby U.S. Capitol on Jan. 6, 2021. Union Station sits just down the street from the Capitol.

The midterms give voters a chance to reject “extreme MAGA Republicans” and their efforts to undermine the electoral process, Biden said, using a term for Trump supporters. That wing of the Republican Party was a minority of the GOP, Biden said, though polling shows the vast majority of Republicans support Trump and most do not blame him for the Jan. 6 attack.

The election results will influence many major policy issues, including the economy, Social Security, safety, health care and others, Biden said.

“It’s all important,” Biden said. “But there’s something else at stake: democracy itself.”

He urged voters to remember not only “the policy of the moment” but that national institutions are under threat.

Biden cited the recent attack of Paul Pelosi, the 82-year-old husband of U.S. House Speaker Nancy Pelosi, in his San Francisco home by an assailant who was looking for the speaker and using the same threatening language as Jan. 6 rioters.

Biden also mentioned Georgia election worker Shaye Moss and her mother, Ruby Freeman, who testified before the U.S. House committee investigating the Jan. 6 attack and Trump’s role in it that they’d been harassed and threatened by Trump’s supporters.

Biden’s remarks came in the last intense days of campaigning in a contest whose results will have great bearing on the success of his next two years in office.

Already more than 30 million people have voted, according to the United States Election Project. In Congress, Republicans are expected to take over control of the U.S. House, but control of the Senate remains a toss-up, with Georgia and Nevada races seen as key.

Election deniers on the ballot

Republican candidates for office at every level have promoted Trump’s lies that the 2020 election was stolen from him. There is no evidence to support the claim that Biden’s 2020 victory over Trump was illegitimate.

Doug Mastriano, the Republican candidate for governor in Pennsylvania, was among those who stormed the U.S. Capitol on Jan. 6. GOP gubernatorial nominees in Arizona, Michigan and Wisconsin have also denied the results of the 2020 election.

Mark Finchem, the Republican nominee in Arizona, has said he would not have certified the last presidential election.

Biden didn’t mention any candidates by name Thursday, but said such campaigns were happening across the country. He said “it’s estimated that there are more than 300 election deniers on the ballot all across America this year.”

The many challenges of the 2020 results that Trump launched actually reinforced that the election was fairly decided, Biden said. Every lawsuit and recount showed Biden won, he said.

“There’s no election in history that we can be more certain of its results,” he said.

Candidates for Congress, governor, attorney general and other offices won’t even commit to respecting the results of the races they were competing in, he said.

“They’ve emboldened violence and intimidation of voters and election officials,” he said.

Some Republican members of Congress dismissed the speech as an effort to distract from pocketbook issues that voters could see as more immediate.

“Joe Biden is beyond desperate to talk about anything other than the historic 40-year-high inflation he’s caused,” U.S. Sen. Marsha Blackburn of Tennessee tweeted.

“Americans are fed up with Joe Biden,” Biggs said. “Instead of listening to their concerns, he responded by holding a national address to patronize them.”

But Biden implored voters to reject political violence and intimidation.

Midterm voters could turn aside the threat to democracy and steer the country on another course, he said.

“You have the power,” Biden said. “It’s your decision. The fate of the nation, the fate of the soul of America, lies where it always does—with the people, in your hands and your heart and your ballot.” 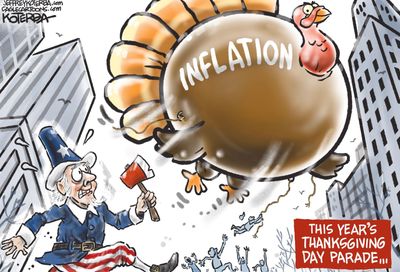 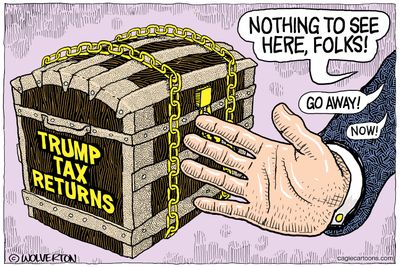 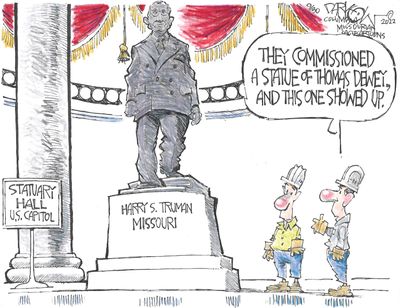 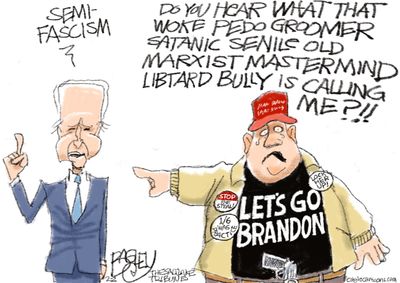 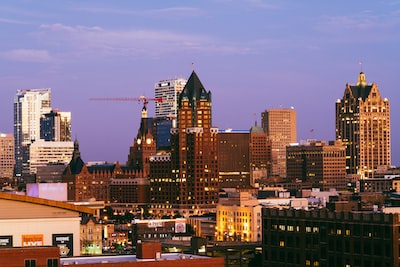