Biden OKs release of 1 million barrels of oil a day from reserve, calls for supply boost

With gas prices almost $1 per gallon higher on average than at the start of the year — a situation Biden blamed on a supply shortage resulting from Russia’s invasion of Ukraine and subsequent U.S.-led sanctions — the president urged Congress to pressure oil companies to produce more.

President Joe Biden called Thursday for U.S. energy companies to do their part in lowering gasoline prices by boosting supplies of oil, saying the industry should plow record profits back into increased production.

Biden also said he would release 1 million barrels of oil from the Strategic Petroleum Reserve daily for the next six months and spur mining companies to increase their production of the materials used to power electric vehicles.

With gas prices almost $1 per gallon higher on average than at the start of the year —  a situation Biden blamed on a supply shortage resulting from Russia’s invasion of Ukraine and subsequent U.S.-led sanctions — the president urged Congress to pressure oil companies to produce more.

Congress should pass a law to fine oil companies who are not using approved leases to produce oil on federal lands, Biden added. The industry has about 9,000 permits it is not using, he said.

“Those sitting on leases and idle wells will either have to start producing or pay the price for their inaction,” Biden said.

Thriving energy companies had a choice to either give Americans a break or exploit them, Biden said. Some already used record profits to jumpstart production, but others must join them, he said.

“I say enough,” Biden said. “Enough of lavishing excessive profits on investors and payouts and buybacks.”

Executives for oil and gas industries are scheduled to testify at a House hearing next week, where it’s expected they’ll be grilled about what they’ve done to help ease prices.

The president also said he was using his own authority to release more than 180 million barrels of oil from the Strategic Petroleum Reserve.

Biden previously released 30 million barrels from the reserve,  a complex of four sites with deep underground storage caverns in salt domes along the Louisiana and Texas Gulf Coasts, which was matched by 31 allies in the International Energy Alliance. It’s unclear how much oil, if any, those allies will release to match Thursday’s announcement.

In a two-part plan to increase gas production but also encourage clean energy, Biden said he would invoke the Defense Production Act, a 1950 law that gives the president authority to require production of materials needed to meet a national emergency, to increase the domestic supply of lithium, nickel and other minerals used to make electric vehicle batteries and other clean energy storage.

The United States imports some of those materials, including from Russia and China.

The U.S. Senate Energy Committee met Thursday to discuss the matter, calling for more production to counter Russia and China’s position in the market.

“It makes no sense to remain beholden to bad actors when we have manufacturing know-how here in the United States,” committee Chairman Sen. Joe Manchin III, a West Virginia Democrat, said.

Biden sought to blame Russian President Vladimir Putin for the price spikes. Biden banned the import of Russian energy supplies on March 8, noting at the time that it would likely lead to higher prices.

“As I said from the start, Putin’s war is imposing a cost on America and our allies and democracies around the world,” he said Thursday. “I know how much it hurts.”

Gas prices had been rising, though, before Russia invaded Ukraine in late February, according to data from the U.S. Energy Information Administration.

The national average has increased to $4.31 per gallon, about a 90-cent boost since the start of the year. But that January 2022 average was already more than a dollar higher than January 2021.

Biden said it was hard to tell when drivers would see results from Thursday’s actions and how much of an impact they would have. It would partly depend on the response from U.S. allies, he said.

“It will come down,” he said. “And it could come down fairly significantly.”

A bipartisan group of 29 U.S. House members of both parties also urged Biden to turn to ethanol to pursue lower gas prices. In a Thursday letter, the lawmakers asked Biden to make sure ethanol blended with gasoline was available year-round and to not reduce the standard minimum amount of biofuel in the U.S. fuel supply.

“These actions would significantly increase U.S. energy independence and lessen the domestic impact of our ban on Russian energy imports by replacing them with U.S. biofuels,” the lawmakers wrote.

“Increasing domestic energy production is an important part of our effort to sustain sanctions on the Russian economy and we urge you to increase U.S. energy independence and decrease inflationary pressures at the pump.”

The House members who signed the letter include Democrats David Scott of Atlanta, as well as Angie Craig of Minnesota, Cynthia Axne of Iowa, Mark Pocan and Ron Kind of Wisconsin, Tim Ryan of Ohio, Dan Kildee and Elissa Slotkin of Michigan, and Republicans Adrian Smith and Don Bacon of Nebraska, Mariannette Miller-Meeks and Randy Feenstra of Iowa, Michelle Fischbach of Minnesota, Blaine Luetkemeyer and Vicky Hartzler of Missouri and Tracey Mann and Jake LaTurner of Kansas. 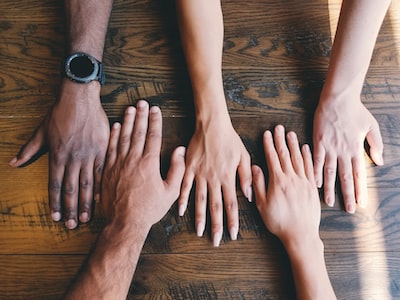 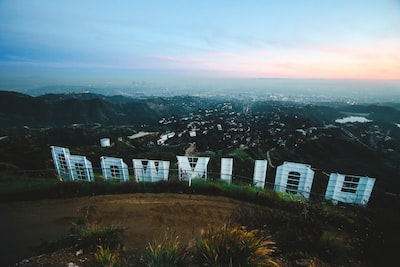