What are book bans really about? Fear.

More years ago than I really care to count, the children’s librarian in my little town in rural northwestern Connecticut, apparently tired of my endlessly renewing the same book over and over again, pressed a copy of “The White Mountains” by John Christopher into my eight-year-old hands.

Mrs. Bullock was her name. She was the mother of one of my schoolmates. She’d taken note of my reading habits, such as they were were, and decided to take matters into her own hands. If I liked the book I’d been endlessly renewing, she argued, I’d love this one.

She was right. I read every volume in Christopher’s pulpy series, which followed the adventures of young people rebelling against alien overlords’ bent on keeping a servile population under their collective thumb with futuristic tech that suppressed their individuality and free will.

It was the start of my lifelong love of books and libraries. And viewed through the prism of 40-odd years, it was an oddly prescient choice.

Students and their teachers in schools across the country — and now public libraries — are waging a brave fight against the king of organized book- banning campaigns that once only seemed the province of the worst kind of totalitarian governments — or dystopian  science fiction.

As Pennsylvania Capital-Star Washington Reporter Ariana Figueroa made astonishingly clear in a recent story, hundreds of books, across dozens of states, are being banned at alarming rates.

A majority of the bans we're seeing across the country have targeted books written by authors who are people of color, LGBTQ+, Black and indigenous. The books feature characters, and deal with themes, that reflect the experiences of marginalized communities, Figueroa reported.

And while those behind these campaigns hide themselves behind the mask of parental control, what I think they’re really concealing is fear: Fear of a country and world that’s changing around them. Fear of voices that were kept silent too long who are now speaking up and demanding their seat at the table of power. Perhaps most importantly, fear of the erosion of their own privilege.

Books are more than printed matter. They’re conduits to an endless universe of knowledge. And they are the greatest democratizer we’ve ever invented.

Take one down off the shelf, read it, and finish it, and it will nudge you to another, and another. Before long, you’re navigating the twists and turns of human experience, letting your own curiosity be your guide, allowing it to bring you to places you’ve never been, and to introduce you to people, places, and cultures you might never have met or experienced on your own.

And that’s why, when they’ve sought to erase people and cultures, every authoritarian from the beginning of time until now has destroyed their books and burned their libraries.

After the the Romans tore down ancient Carthage, brick by brick, and sold its people into slavery in 146 B.C.E., they gave the Carthaginians’ books to the city’s adversaries, who either destroyed or lost them, silencing them forever.

The Nazis held well-documented book burnings in 1933. And in a modern twist, Vladimir Putin’s Russia is struggling to keep the truth of its savage invasion of Ukraine from its own people.

Last year, students in a Pennsylvania school district about 40 minutes south of Harrisburg made nationwide headlines when they took on — and won a reversal of — a year-long ban on a list of anti-racism books and educational resources by or about people of color, including children’s books that dealt with the Rev. Dr. Martin Luther King and Rosa Parks.

The school board’s president, Jane Johnson, told the Washington Post at the time that the board was trying to “balance legitimate academic freedom with what could be literature/materials that are too activist in nature, and may lean more toward indoctrination rather than age-appropriate academic content.”

Hear that? Indoctrination? That’s the voice of fear talking. It’s a way to push back, without appearing to push back, against arguments that you’re trying to silence or erase those whose voices badly need to be heard.

When a student — or anyone — picks up a book, it’s a moment of singular liberation. It’s their first step down that hallway of knowledge. It’s the start, rather than the end, of the adventure. And there’s no telling where it might take them — perhaps even to the halls of power themselves.

And if they’re very lucky, they will have their own Mrs. Bullock to help guide them down those twisting and turning corridors, always nudging them along, gently prodding and testing them, but never, ever standing in their way or blocking the path.

Only the fearful do that. 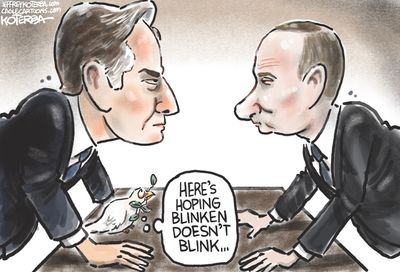 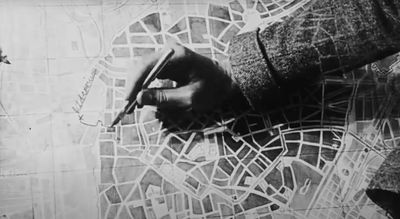