MyPillow CEO Mike Lindell said the FBI surrounded him and took his cell phone Tuesday while he was in a Mankato Hardee’s drive-through.

Lindell said he and a friend were on their way home from duck hunting in Iowa and stopped at the fast-food restaurant when three cars with four FBI agents surrounded his vehicle.

“The FBI corralled me in Mankato, Minnesota, and took my cell phone,” Lindell told the Reformer, in a rambling interview in which he repeatedly attacked the Reformer and other media outlets, fulminated about Dominion Voting Systems and said the company is trying to destroy his pillow company.

Vikki Migoya, spokesperson for the FBI’s Denver Field Office, confirmed that the FBI executed a search warrant authorized by a federal judge.

Lindell was in the White House during the final days of the Trump administration, when a Washington Post photographer captured an image of Lindell’s notes as he headed into a meeting. The notes, though obscured, seemed to show a plan for Trump to move around administration officials and use the military if need be to remain in power, as the Post‘s Philip Bump reported.

The U.S. Justice Department recently issued dozens of subpoenas to former Trump aides and seized the phones of top Trump advisers as its investigation into Trump’s attempt to overturn the 2020 election intensifies, according to the New York Times.

Lindell said he asked the FBI agents if they were going to “come bash my door in” like they have others, and they said they weren’t going to arrest him, but they had a warrant for his phone. (He told the Reformer he was talking on another phone.)

He said the agents asked him questions about Dennis Montgomery, a former intelligence contractor once called by “Frontline” a “Reno casino con man” who claims he created a supercomputer and software that changed votes.

Lindell said the agents also asked him about his website, frankspeech.com, which claims to have proof of corrupted Dominion voting machines.

“That’s what they asked me about the most,” he said. “It shows the election gets flipped. It shows that they deleted evidence in my Dominion lawsuit.”

He claimed Dominion’s fingerprints are all over “this phone subpoena.”

“All I’m trying to do is get rid of the voting machines, and have a paper-ballots, hand-counted election.”

(Election administrators say counting ballots by hand could take weeks and would be far less reliable than current systems.)

Right-wing media outlets have increasingly distanced themselves from Lindell as his claims have become more unhinged — and attracted lawsuits, including by voting system companies Smartmatic and Dominion, which he has falsely accused of committing voter fraud.

Lindell asked where reporters were when he was creating a Minnesota company with 2,000 employees who “rely on their jobs.”

“Democrats, Republicans, Asians, Blacks, Hispanics, whites. We work hard. We have families. We’re company-owned — we’re employee owned — and we were attacked by a company called Dominion for billions of dollars, and you guys sit and protect them.”

While he repeatedly castigated the Reformer, he said it’s “way better” than Fox News or Newsmax, which haven’t reported on voting machines since last year, he said. Those networks also face massive defamation lawsuits levied by Dominion, which has won several early legal hurdles as both cases approach trials.

“I got CNN to call. They’re the next one I get to call,” he said. “You’re way better than Fox News or Newsmax. I will say this — those two rotten, rotten outlets will not even bother to call me.”

Then he hung up.


Charles III faces challenges at home, abroad – and even in defining what it means to be king 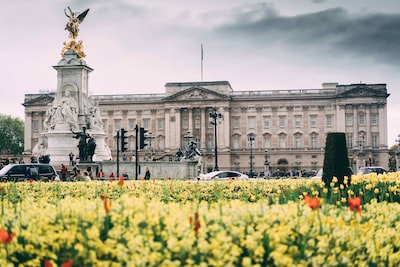